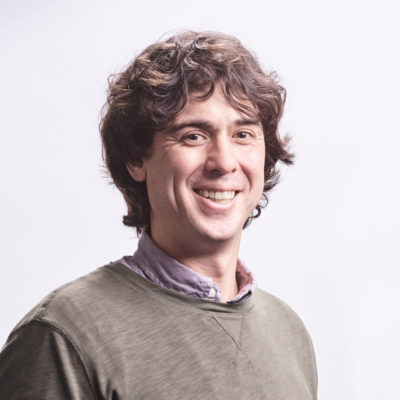 Born and raised in Hawaii, Caleb O’Connor moved to Baltimore, Maryland to attend the Maryland Institute College of Art, which has one of the top ranked painting programs in the nation. Caleb studied under the renowned painting professors Israel Hershberg, Mark Karnes, Barry Nemett, and Raul Middleman. During his senior year of college in 2001, he had his first solo exhibition at Gallery K in Washington D.C. Since then, he has shown in many galleries both nationally and internationally. Shortly after graduating with a BFA, he taught an advanced drawing course at the Delaware College of Arts and Design and painted portrait commissions of families from all parts of the world.

Caleb continued to teach and paint portraiture for one year until he was awarded a Fulbright grant to study in Italy for nine months. He lived in Seravezza Italy, a little town strategically located near Pietrasanta which is known as the center of marble and bronze sculpture. In Italy, he pursued a dream of expanding his vocabulary into the realm of three dimensions, learning marble carving and bronze casting techniques. While in Seravezza, he studied with Cynthia Sah and Nicolas Bertoux, marble carvers well known for their large abstract architectural works in marble. During his time in Italy, he was able to complete two major works in marble and numerous smaller works in his traditional medium, oil painting.

Following his time in Italy, Caleb returned home to the island of Maui and was able to concentrate on a new body of work. A series of landscapes paintings emerged, illustrating the trail from the small town of Makawao, through the open fields of Kula, and towards the magnificent views on Haleakala Crater.

Several years and several states later, Caleb moved to Tuscaloosa, Alabama where he worked on a three-year project for the Federal Courthouse – a series of large-scale historical paintings.

Caleb’s work in oil painting, marble sculpture, and bronze sculpture is best known for its figurative realism. His work is often characterized as magic realism due to his ability to capture figures in motion and seemingly impossible situations that are made believable through attention to detail. Throughout all of his works is a continuous exploration of nature and the human experience. Every figure in his work is an individual person, created from direct observation and with great care in rendering facial expression and body language. Caleb believes his ability to work with multiple materials allows him to combine methods that create works of art uniquely suited for a particular environment; engineering and design are the only constraints.

Currently, Caleb continues to work out of his downtown studio in Tuscaloosa, focusing primarily on public artwork. This serves his personal belief that art has the power to promote mental health by beautifying the environment, stimulating thought, and becoming part of a community’s regional identity. Unable to unveil his current projects, Caleb will be busy until December 2019. Follow his progress and take a glimpse into the studio on social media.