“It’s exciting and a little nerve-wracking,” O’Connor said. “As an artist, you have it in your studio for so long and you can make changes and work on it. As soon as it’s in the public domain, you don’t own it anymore. You can’t change it; it’s theirs now.”

Sixteen murals, each 14 feet tall and 9 feet wide, were commissioned to represent the history of Tuscaloosa, north Alabama and the nation. The paintings include a scene from the April 27 tornado, the University of Alabama campus in flames during the Civil War, and a young girl outside a Depression-era farm. Others show soldiers returning from an overseas war, Bear Bryant on the UA campus and a historic Tannehill scene. One painting is of a traditional fire-lighting ceremony at Moundville, and depicts models whom O’Connor met on a visit to the Choctaw Nation of Oklahoma tribe whose ancestors were forced from the area in the 1800s.

Take a video tour of the murals 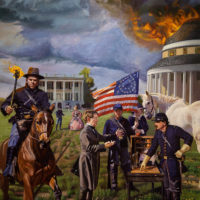 Details
• The Burning of the Rotunda • 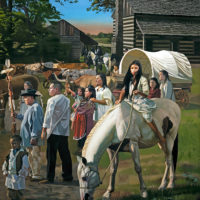 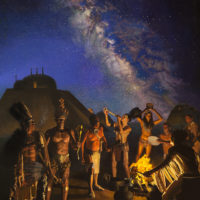 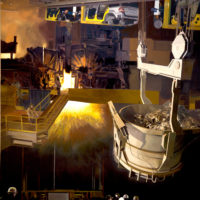 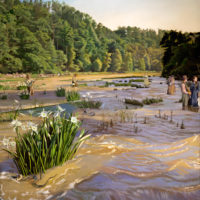